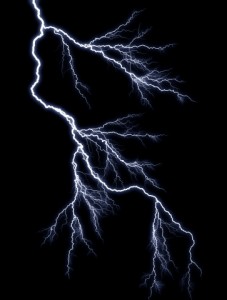 The first step to combatting power surges is understanding them.

Many people know that power surges can do serious damage to their appliances. Unfortunately, that is the only thing that most people know about power surges. At ElectricMasters, we believe that knowledge is power, and that’s why our electrician in Cincinnati, OH has come up with the following guide on power surges:

What are power surges?

How do power surges affect appliances?

A typical home in the United States uses an alternating current of electrical power. With this type of alternating current, the voltage goes up and down in a predetermined rhythm, alternating from zero to 169 volts at its peak voltage. The majority of appliances and other electronics used in the United States were designed to work with this form of electricity, and when there is a power surge, the voltage exceeds the 169 volts. This spike in voltage can lead to damage to circuit boards and other electrical components in your appliances.

Most people are aware that lightning can cause power surges, but there are many other things that can cause them as well. Faulty wiring, turning on and off large appliances and even power grid switching from your utility company can lead to power surges.

Stay tuned for our next blog to learn how to protect your appliances against power surges.